Fish give up the fight after coral bleaching 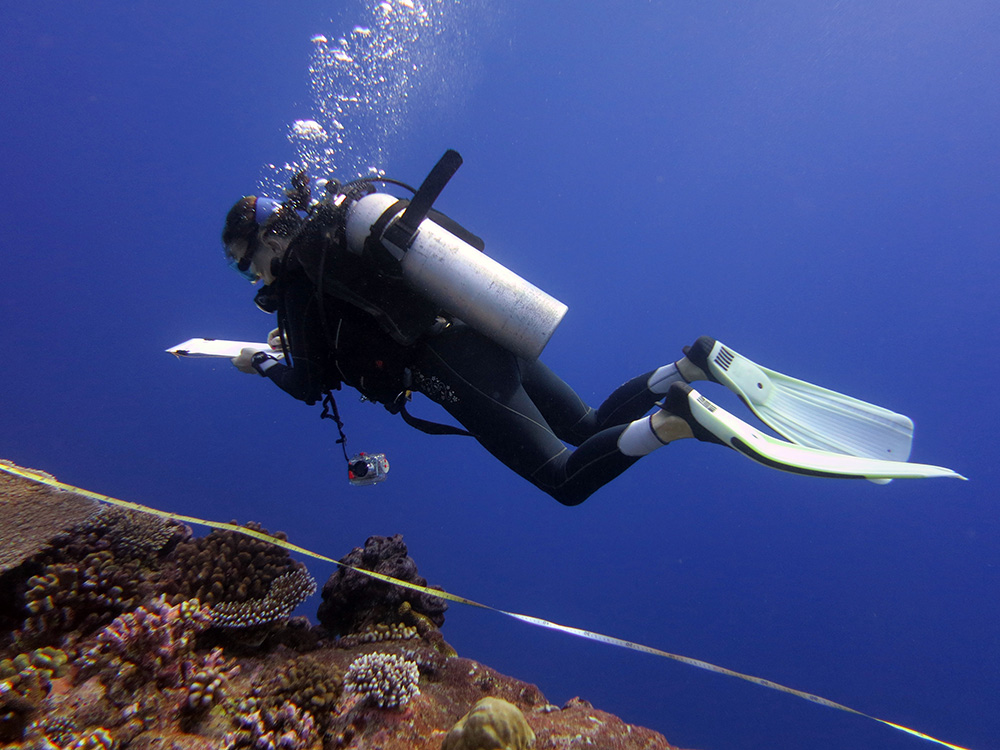 Researchers found that when water temperatures heat up for corals, fish ‘tempers’ cool down, providing the first clear evidence of coral bleaching serving as a trigger for rapid change in reef fish behaviour.

Publishing in Nature Climate Change this week, researchers from Lancaster University and collaborating institutes including the ARC Centre of Excellence for Coral Reef Studies (Coral CoE), show how the iconic butterflyfish, considered to be sensitive indicators of reef health, can offer an early warning sign that reef fish populations are in trouble.

During the initial data collection, the researchers were unaware that the catastrophic bleaching event was on the horizon. Once underway, the researchers realised that this serendipitous ‘natural experiment’ placed them in a unique position to see how fish changed their behaviour in response to large-scale bleaching disturbance.

The team sprang into action to repeat their field observations, collecting a total of 5,259 encounters between individuals of 38 different butterflyfish species. Within a year after the bleaching event it was clear that, although the same number of butterflyfish continued to reside on the reefs, they were behaving very differently.

“We observed that aggressive behaviour had decreased in butterflyfish by an average of two thirds, with the biggest drops observed on reefs where bleaching had killed off the most coral,” said Dr Keith. “We think this is because the most nutritious coral was also the most susceptible to bleaching, so the fish moved from a well-rounded diet to the equivalent of eating only lettuce leaves — it was only enough to survive rather than to thrive.”

University of Vermont ecologist and co-author Nathan Sanders said: “This matters because butterflyfishes are often seen as the ‘canaries of the reef’ due to their strong reliance on coral, they are often the first to suffer after a disturbance event.”

Such changes in behaviour may well be the driver behind more obvious changes such as declining numbers of fish individuals and species. The finding has the potential to help explain the mechanism behind population declines in similarly disrupted ecosystems around the world.