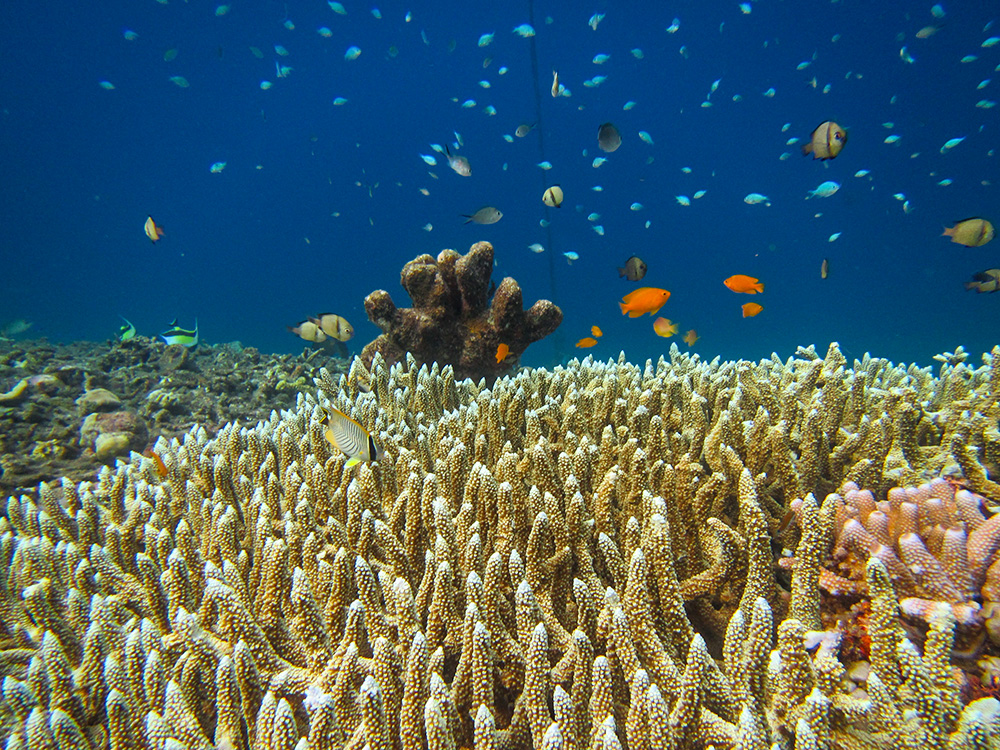 So far, you’ve lived off of a diet of only marine mammals: seals, sea lions, porpoises, even otters on occasion. Your family has taught you how to hunt these animals. You spend hours swimming alongside your pod, learning how to be silent, how to sneak up on your prey. This way of life is all you know.

So what do you do if, one day, climate change makes these marine mammals disappear—say, because of rising temperatures, which kill off their food supply? Do you keep going back to the same places where seals used to swim? Or, do you take the example of the strange whales that live in nearby harbors, which eat fish instead of mammals? Do you learn from a new culture—or starve?

This isn’t entirely hypothetical: In 1970, three killer whales were captured off of British Columbia from a transient pod, a nomadic sub-population known for eating only marine mammals. When the whales were offered fish, they wouldn’t eat them, despite the fact that these same fish were a main food source for other killer whales. The whales refused fish for 75 days, until one of them starved to death.

Sally Keith and Joseph Bull, ecologists at the University of Copenhagen, examined that very question in a recent paper. While environmental cues usually drive behavior, Keith and Bull suggest that animals’ culture might be just as influential. Keith studies the distribution and biodiversity of animals in different places, using coral reefs as a model system. “Rather than thinking simply about where species are, I think it might help to consider what they are actually doing. Culture is just one very cool aspect of that.”

Keith and Bull define culture intuitively: “information or behavior, shared by a population or subpopulation, which is acquired from conspecifics (other individuals of the same species) through some form of social learning.” In recent years, zoologists have begun to document an astonishing variety of animal cultures, in populations ranging from birds to insects and monkeys to whales. Having a culture within your flock, your pod, or your hive makes evolutionary sense: By passing down knowledge on how to hunt, or what animals to avoid, experienced animals can prevent younger ones from wasting precious time and energy on trial-and-error learning—or from getting eaten before they can learn something themselves.

When it comes to adapting to climate change, Keith and Bull suggest that culture could play two different roles: It could help animals innovate and share knowledge, or it could disadvantage them by promoting behavior fit for an environment that no longer exists. Take the previous example, of the transient killer whale. It has a mammal-eating culture—but the Pacific Northwest’s other local sub-population, made up of resident whales that live in specific harbors, eats only fish. Though the two populations share the same genetic ancestors, what the transient whales learned from birth proved to be maladaptive in their captive environment.

Their cultures are distinct because of vertical cultural exchange—information passed down from parents to offspring can survive generations. Much of the information used by animals—like migration patterns and hunting strategies—is exchanged this way. However, the problem with vertical transmission is that it can be based on outdated information. The authors call this an “ecological or evolutionary trap.” Gray whales that migrate to the same place every summer might do so because their parents and grandparents found ample food there, for instance. But if temperatures rise in that location due to climate change, the food that previous generations thrived on might die off, or move north towards a cooler climate, leaving the whales following a map to a place that no longer really exists.

However, many animals also transmit information horizontally—we do it all the time. We watch our friends and neighbors try something new—like a new diet, a new habit, or a new tool—and if it seems to work well for them, we often try it ourselves. This behavioral borrowing can allow animals to adapt to changing environmental conditions much more rapidly than they might through trial-and-error. It’s possible that animals with different cultures may pick up a thing or two from each other. As habitats shift along with rising temperatures, it is becoming more likely that species will come into contact with other populations—and other cultures—they have never seen before.

Take, for example, two other transient killer whales, captured separately from the other three in 1970. After 24 days of isolation and refusal to eat fish, these two whales were put into an environment alongside killer whales that readily ate fish. Within 24 hours of being introduced into the fish-eating group, the former mammal-only whales began eating fish as well. They observed a new culture, the hypothesis goes, one that worked for others, and they adopted it.

“Traditionally, my field of biogeography has thought these small scale processes”—the day-to-day decisions an animal might make, like where to move or how to interact with other animals—“are relatively unimportant,” says Keith. “But I am not so sure.”