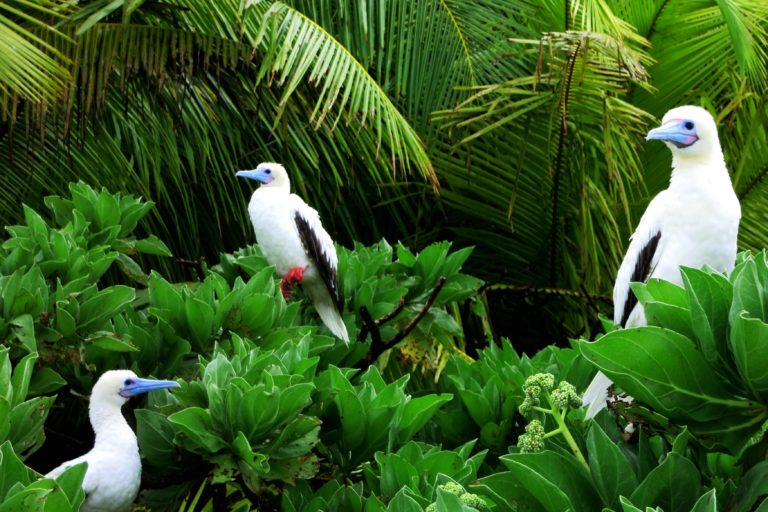 Restoration of seabird populations can help quicker recovery of reefs following bleaching events, finds a study on coral reefs around the Chagos archipelago in the central Indian Ocean, which were impacted by the 2015 global coral bleaching event.

The findings from the scattering of 58-island group, which is an extension of the same island chain as those found in southern India (Lakshadweep-Maldives-Chagos group) and is about 1,500 km from the southern tip of India, have relevance for the south Asian nation as well as for other countries that have archipelagos.

Surrounded by 60,000 square km of coral reefs and the cleanest seawater ever recorded, Chagos archipelago comprises the British Indian Ocean Territory (BIOT), a ‘fully no-take’ Marine Protected Area (MPA) where fishing, mining, drilling, or other extractive activities are not permitted. Home to the world’s largest atoll, the Great Chagos Bank, the archipelago is embroiled in a decolonisation controversy between Mauritius and the United Kingdom.

Presenting their findings at the World Conference of Science Journalists 2019 in Lausanne, Switzerland, researchers with the Bertarelli Foundation’s Bertarelli Programme in Marine Science, say seabird droppings have the potential to enhance the growth of a type of algae that can bolster the recruitment and survival of juvenile corals.

Crustose coralline algae (CCA), the algae in question, is an important contributor to reef growth and plays a role in holding the reef together, Cassandra Benkwitt of Lancaster University, the United Kingdom, told Mongabay-India.

Benkwitt and colleagues, associated with the Bertarelli programme, are examining whether seabirds can increase the resilience of reefs to bleaching, in a longterm study on the islands.

And so when seabirds feed in the open ocean and return to islands to nest, around the islands with these birds, some of the guano runs off the land onto nearby reefs, where it’s taken up by CCA and other organisms. There are 15 species of seabirds on the islands grouped under tropicbird, noddy, booby, tern, shearwater, and frigate birds.

Looking to the future, Benkwitt believes that CCA can promote the recruitment and survival of juvenile corals. “So, we expect a quicker return of corals to islands with seabirds following bleaching events,” she said.

This is important because coral reefs worldwide are getting hammered by bleaching events with greater frequency and intensity, which means they have less time to recover between bleaching events. “So, it is increasingly important to find ways (like seabirds) to speed the recovery of reefs,” she said.

Marine biologist TT Ajith Kumar, who was not associated with the study, echoed that it is important to scout for scientifically validated ways for coral reef conservation including recovery after bleaching but long-term data is essential for an idea to take root as part of scientific management of coral reefs.

Mass coral bleaching began to occur in 1980 due to the steady rise in sea temperature and that has pushed the reef-building corals closer to their upper limits of temperature tolerability. More frequent recurrence, as predicted, is very likely to further reduce both coral cover and diversity on reefs over the next few decades, he said.

“Many of the damaged reef habitats show potential to bounce back. So it is essential that monitoring programs be continued and long-term research data on recovery potential of reefs through ways (such as seabirds) be collected to strengthen the potential of their application,” TT Ajith Kumar, a principal scientist with India’s National Bureau of Fish Genetic Resources, told Mongabay-India.

Within the BIOT, the open ocean, tropical coral reefs and islands of the territory have a huge abundance of marine and terrestrial species, one of the few increasing breeding seabird colonies in the region and eight times more reef fish biomass than anywhere else in the Indian Ocean.

Marine biologist Heather Koldewey, who leads the marine science programme, underscored the significance of having MPAs in the face of climate change.

“We have an increasing seabird population in that area in the context of the region where seabirds are declining and we see that part of the Indian Ocean is providing a refuge for the birds. The birds are foraging within the protected area,” Koldewey said.

The research ties in with the global call to support efforts to reverse the cycle of decline in ocean health as part of the United Nation’s proclamation on Decade of Ocean Science for Sustainable Development (2021-2030) that stresses on the urgency of adaptation strategies and science-informed policy responses to global change.

Doing away with rats and reviving seabirds

Benkwitt and colleagues conducted visual surveys of benthic organisms and fish on coral reefs that were adjacent to islands with seabirds and nearby islands that were similar except they lacked seabirds due to invasive rats.

There had been a mass coral bleaching event, triggered by unusually warm water that coincided with El Nino, in 2015-2016. The warm water event almost eliminated soft corals and reduced the three-dimensional structure of the reefs of the archipelago.

The team was interested in gauging whether the response of coral reefs to a mass-bleaching event depended on whether the reefs were near an island with healthy seabird populations compared to islands that lack seabirds due to invasive rats.

“The novel aspect of this study is that these reefs were hit really hard by the 2015/2016 mass bleaching event, so we were testing whether those benefits from seabirds seen in 2015 are maintained after this bleaching event and whether seabirds can increase the resilience of reefs to bleaching,” Benkwitt said.

We found that coral cover declined by approximately one-third regardless of whether the reefs were near an island with seabirds, said Benkwitt, adding the response of other benthic groups differed based on seabird presence.

In the light of the researcher’s recommendation on expunging the islands of rats and reviving seabird population, there have been de-ratting efforts in the archipelago and rat eradication is part of the BIOT management plan.

In addition, higher herbivore biomass is also found to be associated with the speed of recovery of coral after bleaching.

“Herbivores feed on macroalgae (seaweed) that compete with corals and inhibit recruitment, growth, and survival of corals. So, by keeping this algae in check herbivores help promote the recovery of corals following bleaching,” Benkwitt noted.

Seabirds nest on tropical islands throughout the Indian Ocean, Pacific Ocean, and the Caribbean Sea, all of which are home to important coral reefs and have the potential to benefit from seabird restoration, the authors emphasise.

“Furthermore, our recommendation of eradicating invasive rats in order to restore nutrient subsidies from seabirds to coral reefs applies to other countries that have archipelagos, including India. Rat eradication as a management goal that is relatively easy to implement and will likely have large benefits to coral reefs,” she said.