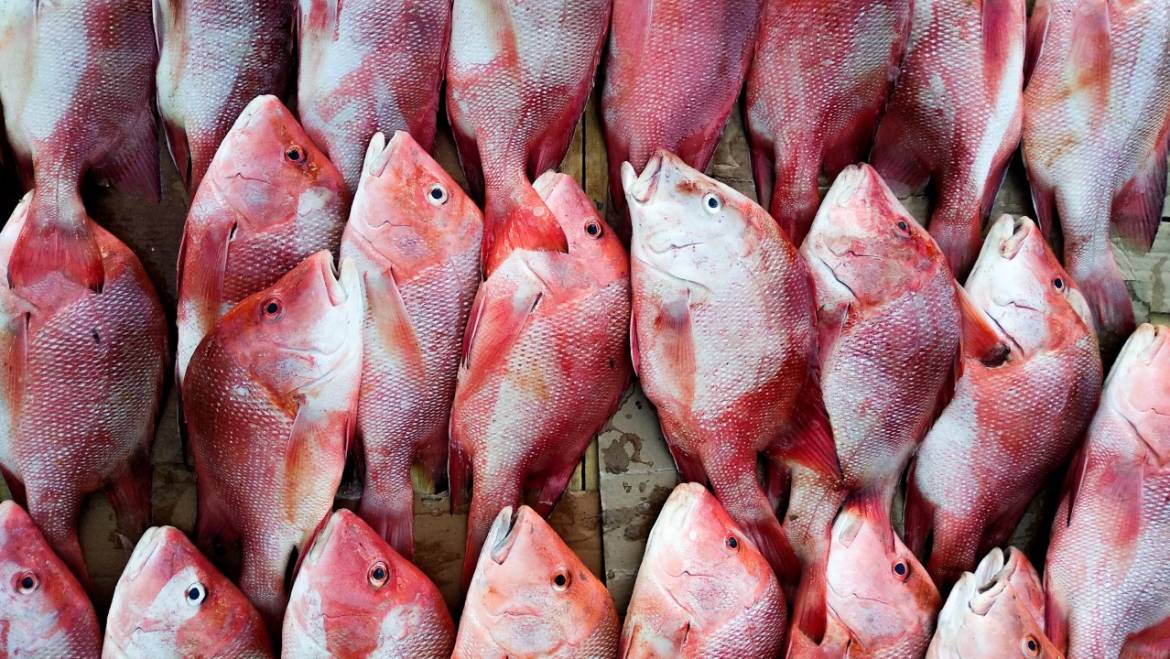 From The Conversation, 12 March 2020 by James Robinson and Nick Graham

Tropical island states enjoy global demand for their seafood, but many have growing populations and hungry tourists to feed. Their fisheries are often unregulated and lack data on the exploitation status of fish populations. Without this information, some countries are preparing to protect them by limiting international seafood trade.

In February 2020, Danny Faure, president of the Seychelles, announced an export ban on “bourzwa”, a tropical red snapper that has doubled in price over the last decade. Meanwhile, on January 1, 2020, Palau introduced a new marine sanctuary, banning commercial fishing in 80% of its waters.

Both Seychelles’ export ban and Palau’s marine sanctuary are designed to protect domestic seafood supplies and conserve ecosystems, such as coral reefs, that are vulnerable to climate change. The international seafood trade can enrich tropical islands in the short term, as foreign fleets pay for permission to fish in their waters. But, as islands off West Africa such as Cape Verde have found, the long-term result can be depleted fish stocks – with over half of the region’s fisheries overfished.

Are seafood export bans the solution? Our research using rare long-term catch data from the Seychelles suggests that these bans could have unexpected consequences, for fish stocks and the livelihoods of people they’re designed to protect.

People in the Seychelles eat more seafood than any other country in Africa, averaging 60kg per person per year. But as many seafood species, including bourzwa, have become valuable exports, their prices have jumped, making some popular fish unaffordable for many locals.

Bourzwa are caught on the Mahè plateau, a productive fishing ground covering about 41,000km², where Seychellois fishermen catch over 1,000 tonnes of fish each year. These fisheries target a diverse group of species, including groupers, jacks and barracuda, as well as bourzwa. But the red snapper fisheries that target bourzwa are in trouble – our study found that catches have halved since 1990.

Our research showed that all of these species are in decline, with an average 65% drop in catch rates over 27 years. These catch declines coincided with a quadrupling of the fishing fleet, with fishers spending more time fishing, using more fuel, and expanding their fishing grounds.

Banning exports might reduce fishing pressure on bourzwa. But local markets buy over four times as much snapper than is exported, suggesting that prices are unlikely to drop. A ban could also shift fishing effort onto other export species, such as long-lived groupers that are vulnerable to overfishing, and disproportionately disadvantage bourzwa fishers.

We also found that fishers who caught lots of different fish, rather than relying on one species, had bigger catches and higher revenues. Alongside an export ban, the government of Seychelles could bring in regulation to encourage fishers to diversify what they catch. Spreading fishing effort across different fish stocks can help vulnerable species like bourzwa recover, while also protecting livelihoods.

Meanwhile, much of the fish consumed in Palau is caught by foreign industrial vessels. Palau’s new sanctuary excluded this offshore fleet, but it inadvertently shifted fishing pressure inshore. As a result, the marine sanctuary has increased pressure on coral reef species.

Seychellois fish markets also depend on coral reefs, which have remained productive despite mass coral bleaching. It’s unclear if a snapper export ban would increase fishing on Seychelles’ reefs, but Palau’s experiment shows the importance of understanding which species and ecosystems feed coastal communities before making big policy decisions.

Reducing seafood exports might help reduce pressure on tropical fisheries, but these bans won’t make the fisheries sustainable on their own, and may even be overruled by World Trade Organisation rules. Fishing regulations are a more effective way of protecting them from international trade. These should help tropical countries to maximise the diversity of fish their fisheries catch, protecting particular fish stocks from plunder and certain fishers from poverty.

For fishing bans to succeed, governments need to thoroughly understand the local and international demand on different fisheries and ecosystems, to anticipate knock-on effects for the people and marine life they support.