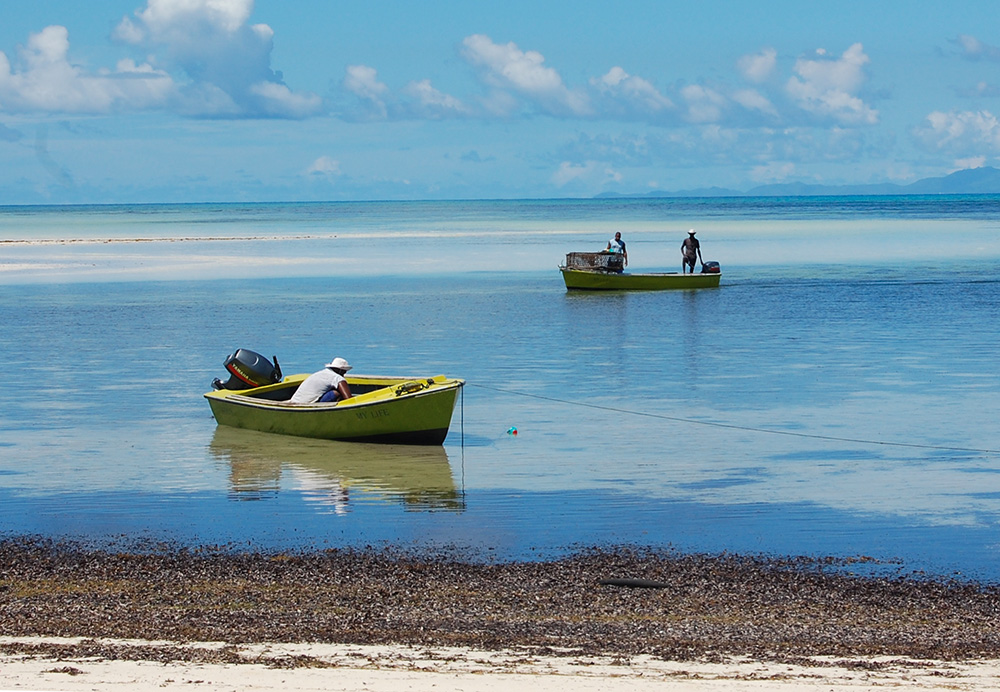 Coral reefs are a kaleidoscope of color and diversity, attracting millions of travelers from all around the world to marvel at their beauty.

But coral habitats are also economically important fisheries worth $6.8 billion a year globally and provide a vital source of income and protein to some of the poorest countries on Earth. In recent years, scientists have been concerned that the increase in bleaching events caused by climate change would damage the reefs and reduce fish biodiversity. However, an astonishing new study published in Nature Ecology and Evolution by scientists at Lancaster University, UK, has revealed that catches of fish on bleached reefs are remaining stable or in some cases even increasing.

Using 20 years of fish abundance, catch and habitat data the scientists set out to understand whether coral bleaching has had any effect on the reef fisheries in Seychelles. The study incorporated 45,000 daily fishery landing records from 41 different sites and 960 underwater surveys at 12 locations.

Their results found that there had been a shift in species composition in the fishery, with catches focusing more on algal-feeding fish. “Bleaching in 1998 caused mass coral mortality, habitat collapse, and shifts to seaweed dominance on some reefs, and so we expected the fishery to be in decline. But we overlooked the potential for algal-feeding fish to benefit from higher algal productivity,” said Dr. James Robinson of Lancaster University’s Environment Center.

Calvin Gerry of the Seychelles Fishing Authority, a co-author of the study, said “We focussed on the inshore trap fishery in this study, as it is an important sector in Seychelles and a common gear on coral reefs globally.”

“Most of the fish from the trap fishery are sold and consumed locally, rather than exported internationally. Therefore, changes to this fishery have the potential to influence both fishers and consumers domestically.”

The research team also noted that fishing success was patchy and no longer dependent on a diverse range of fish species. “Although we saw that after coral bleaching the average fish catch rose or remained stable, fishing success was patchy. After bleaching, catches became either much larger or much smaller than the average,” said Professor Nicholas Graham, a co-author of the study.

And so, while fishermen may be experiencing a respite from coral bleaching by catching algal- feeding species such as the rabbitfish, there is still uncertainty surrounding the future of the fishery.

“These data from Seychelles forewarn of changes likely for coral reef fisheries in other countries. While the news for fishers is better than we might expect, the algal-covered reefs are in marked contrast to the complex coral habitats which once hosted myriad and diverse coral reef fishes.”